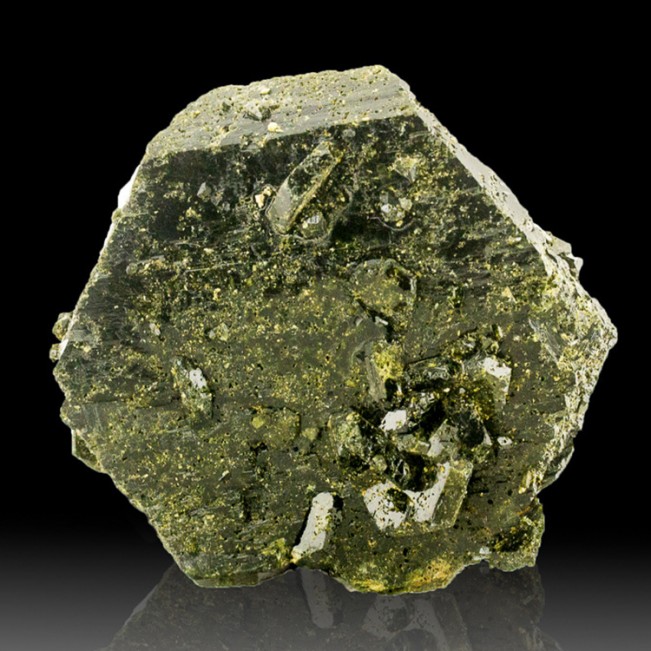 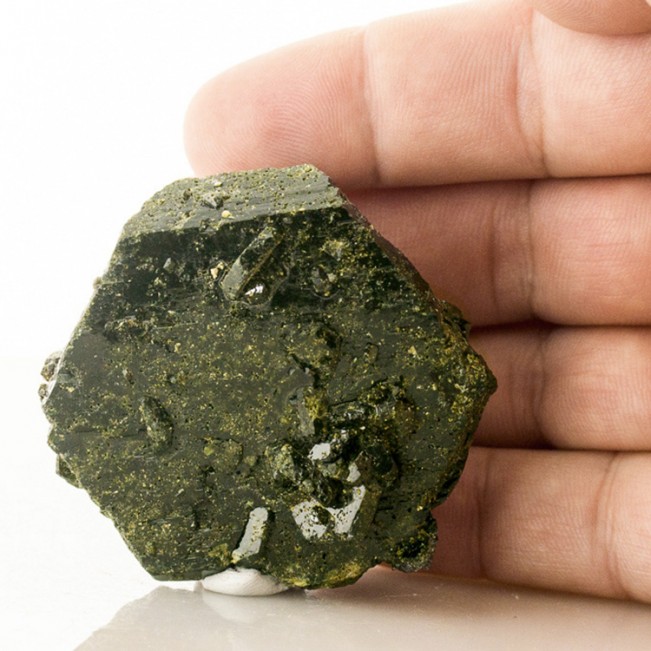 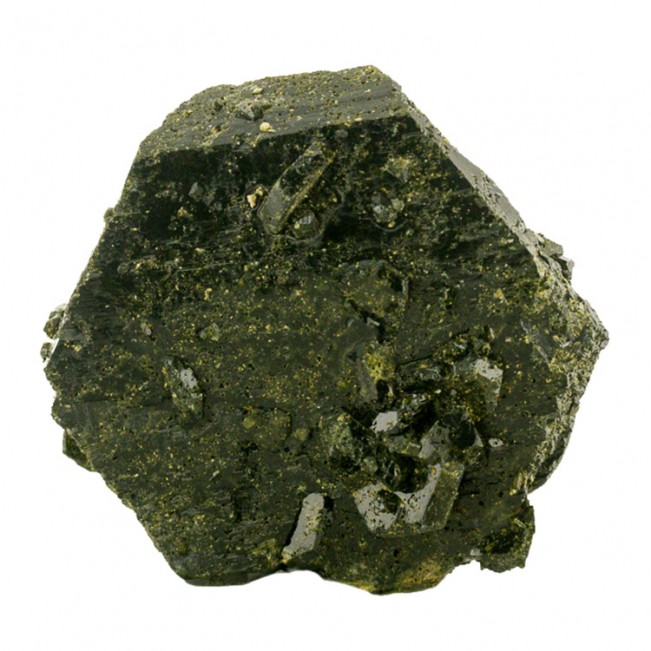 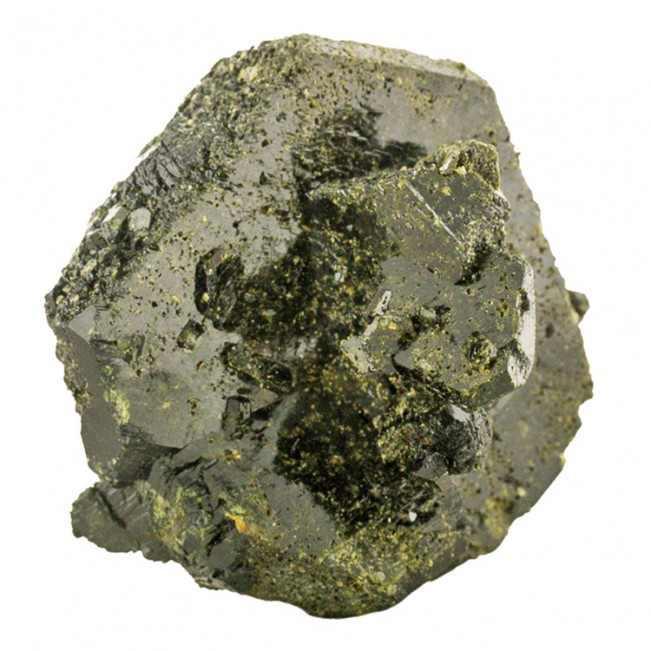 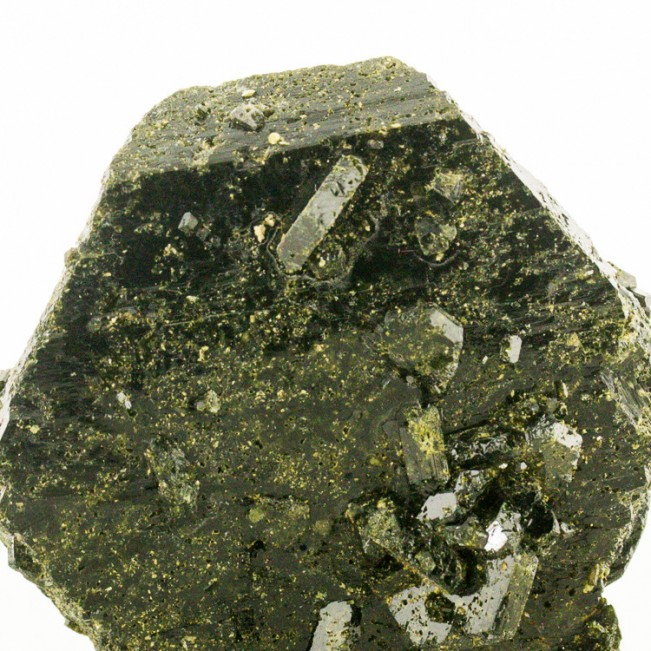 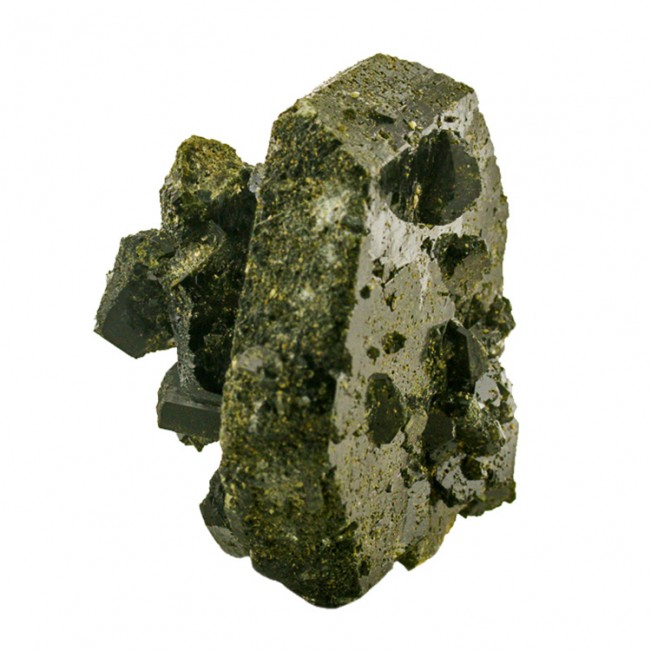 This specimen comes from the May, 2011 unearthing of tabular epidote crystals at the Raywoo Mine, a skarn deposit, near Quetta, in Pakistan. The crystals appear to be "hexagonal" and "octahedral" epidote crystals, but they are in fact prismatic crystals with a foreshortened C axis. This gives the crystals the look of flat hexagons similar to a thin beryl crystal. Surprisingly, the large flat faces aren't terminations; they are the sides of the crystals, while the terminations, which are lying sideways and perpendicular to the C-axis, are almost unnoticeable. The color is a rich, forest green, and the crystals have a nice luster. The main crystal on this piece has a tower of several small crystals running across its middle, which look like a small mountain range on the flat face of the large epidote. No damage.