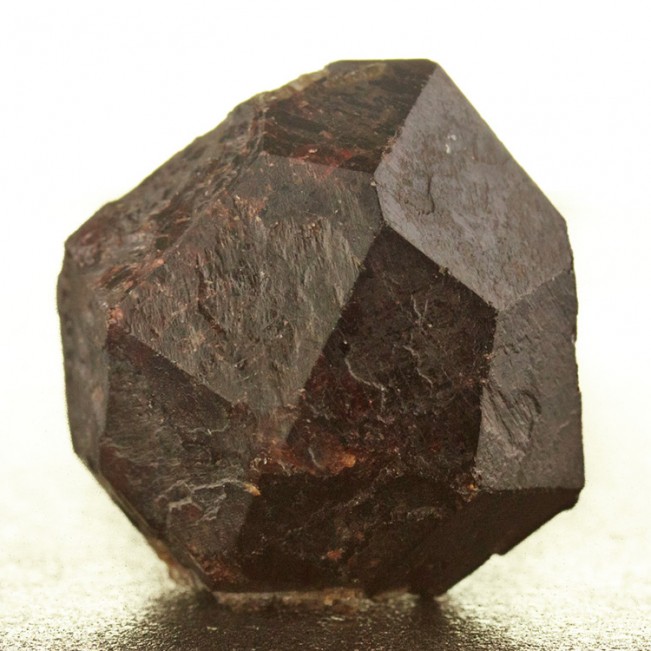 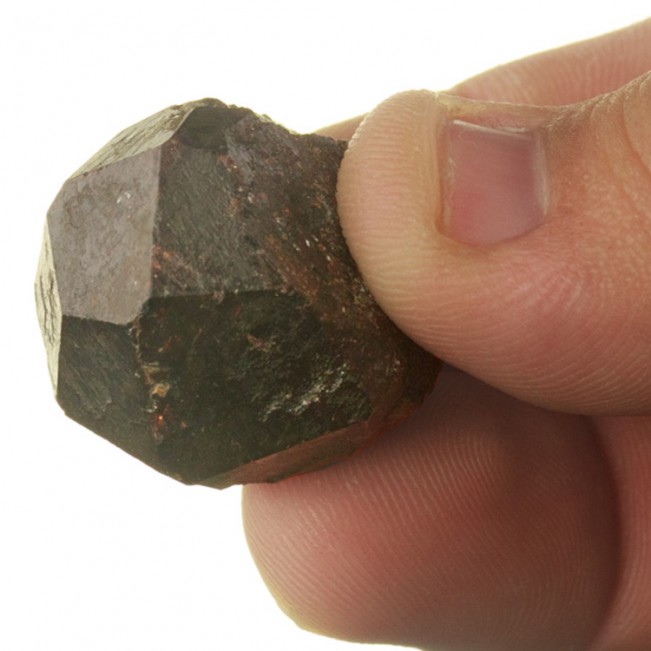 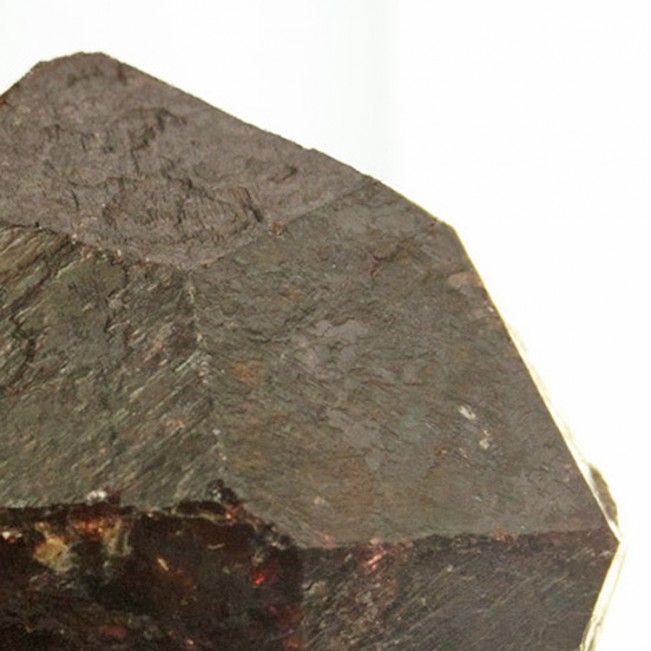 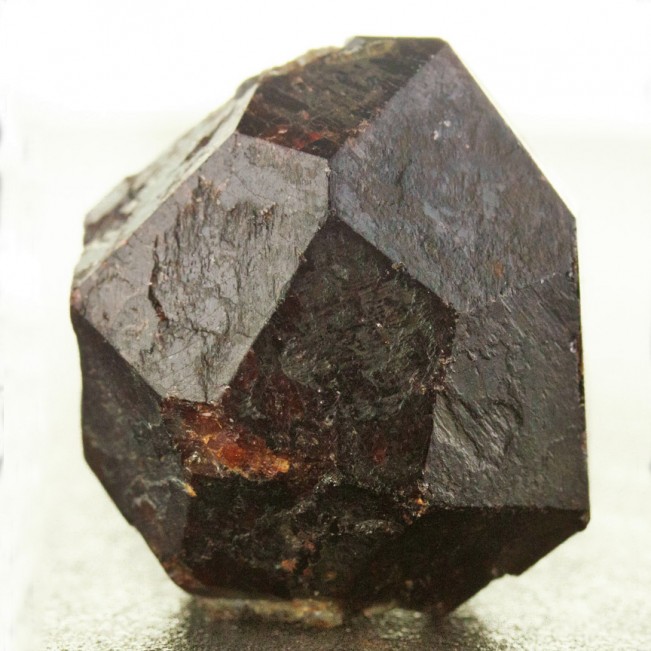 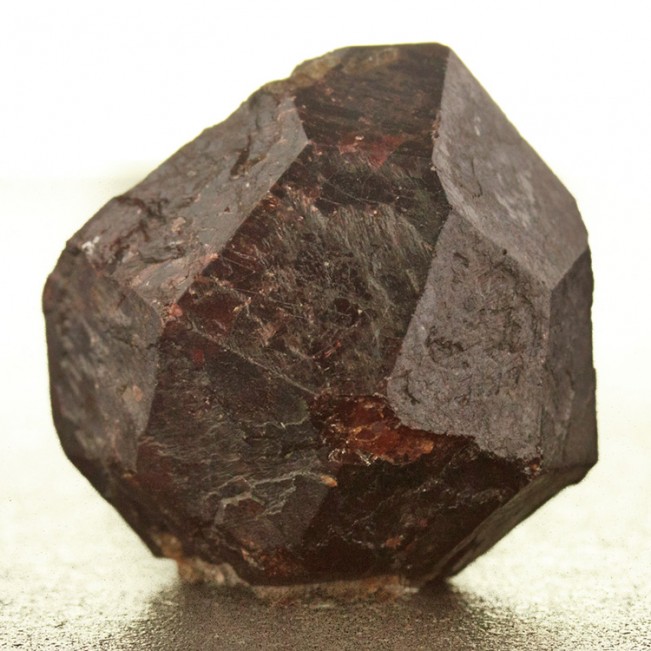 This is a superb ALMANDINE GARNET from the Russell Garnet Mine in Russell, Hampden Co., Massachusetts. I have had this piece in my own personal collection since the early 1990s. Almandine from this locality is a "must have" for any serious New England collector.

The Russell Garnet Mine is a celebrated and very highly regarded historic site which produced almandine crystals in the late-1800s. The garnets were taken from a now mined-out pegmatite and the dumps were were covered and covered with grass. Today, the mine is all but invisible.

In 1885, Kunz wrote that "At Russell, Massachusetts, a vein of garnet, very dark in color, and called there black garnet (not melanite), was opened during the last two years, and many fine crystals have been taken out, partly by Mr. Daniel Clark, of Tyringham, Massachusetts. These have been sold as specimens only, or exchanged for minerals, and were valued at fully $1,000 in all."

In 1895, Emerson visited the site and wrote: "One mile south of Thorp's, now Pomeroy's, the first house on the river road coming from Westfield, perfect forms 202, abundant and very large black almandine garnets from a granite vein. This locality has been largely worked by Mr. Daniel Clark and by a Mr. Johnson, of Tyringham, and specimens from this locality, most ingeniously fabricated, have been offered for sale as coming from Tyringham. Many hundred dollars' worth were obtained from the locality, which is now exhausted. They have been also cited as coming from Westfield."