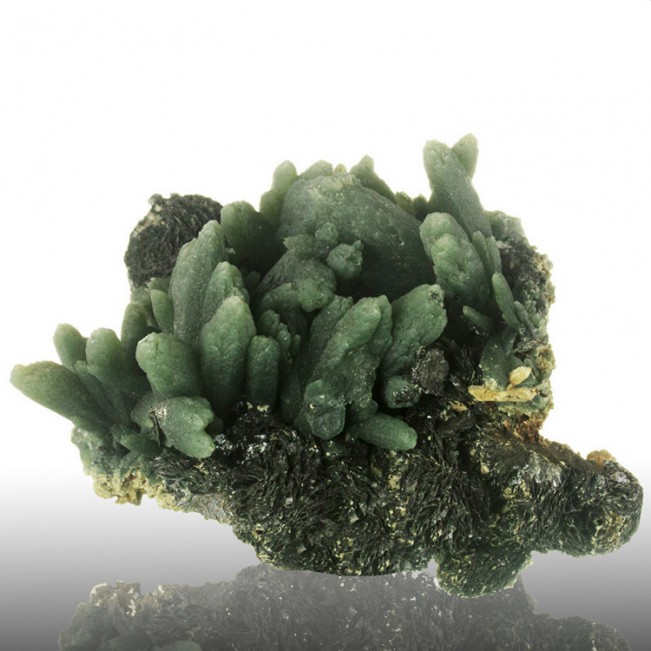 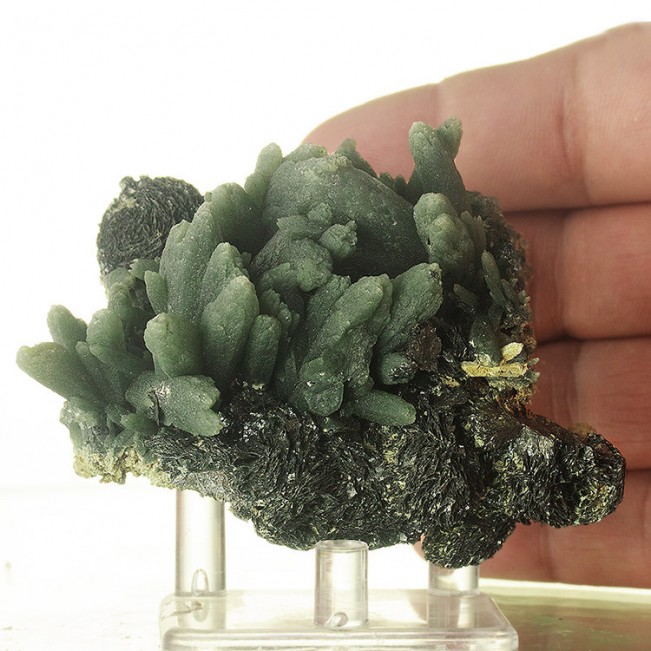 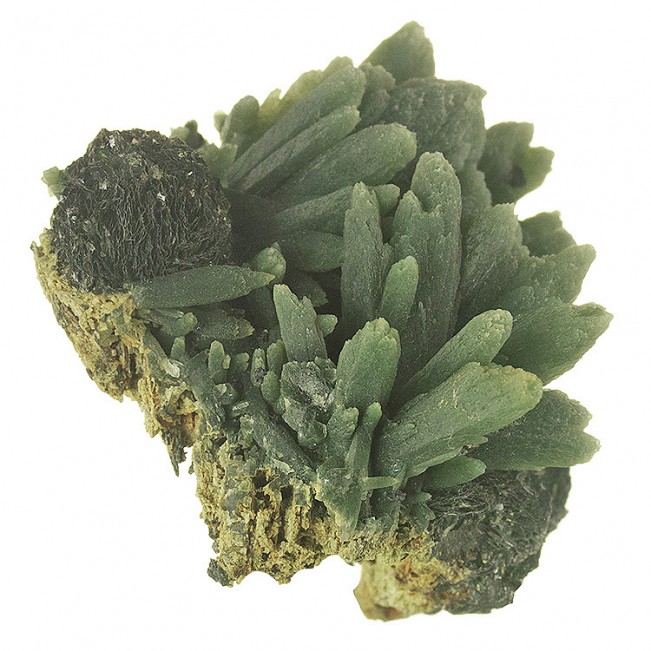 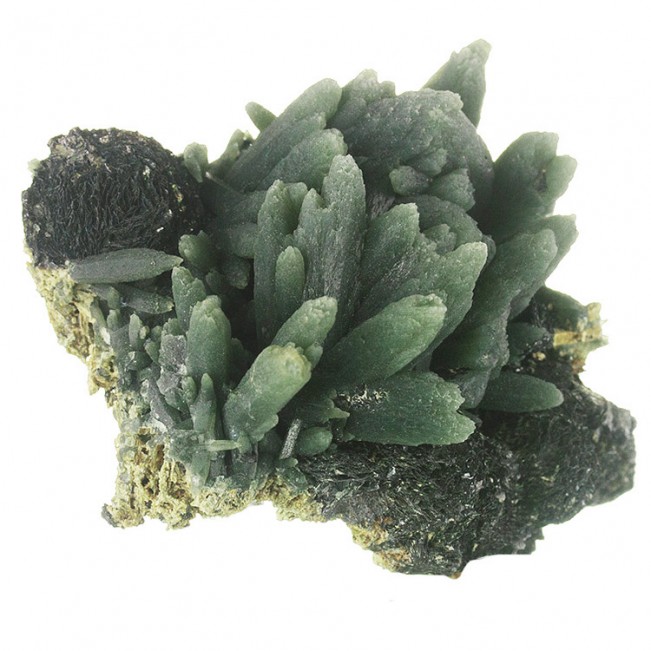 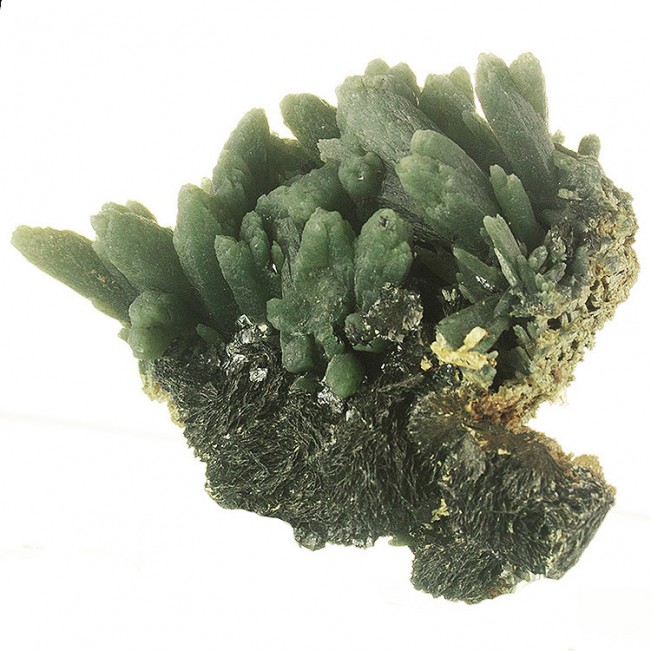 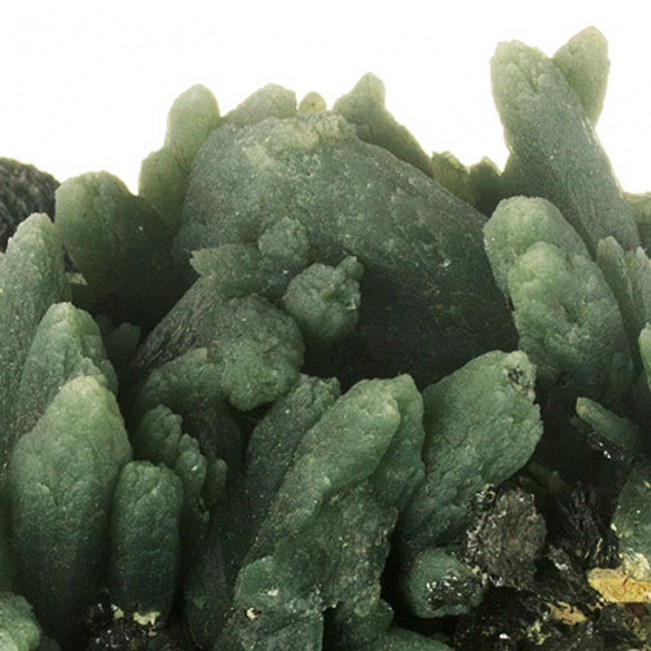 This is a highly aesthetic and superb quality specimen of sage GREEN QUARTZ (PRASE) from Mega Horio, Serifos Island, Cyclades Islands, Aegean Islands Dept., Greece. The exquisite, mossy sage green crystals are perched on a matrix that includes small balls and rosettes of HEMATITE as well. The green color results from actinolite inclusions. IN the past, these were attributed to hedenbergite, but recent SEM studies have shown that it is indeed actinolite. Also, the inclusions caused growth interference with the developing quartz crystals, resulting in a tessin habit crystal with angled sides that come to either single spiky points or rounded blunt terminations.

I acquired this exceptional specimen from a German dealer who sets up at the Tucson Gem, Rock and Mineral Show each year. Luckily, he is friends with the Greek miner who managed to get the necessary permits & permissions to run a months-long, hand-scale mining operation on Serifos during the summer of 2008. This fellow managed to excavate the floor of the shallow cave where the prase crystals had been found years ago. By the time he scraped bottom, there was nothing left to mine, and he had a nice lot of really fine new crystals from this old classic locality. I was told that the lot I inspected was the last of the crystals that could be mined - at least without drilling, blasting, and heavy equipment which would be cost prohibitive. So, I selected the best crystals from the lot - the ones with sharp terminations, vibrant color, and aesthetic sculptural arrangements. We now have these in stock, and will be selling them until they are gone. Presumably, that will be the end.