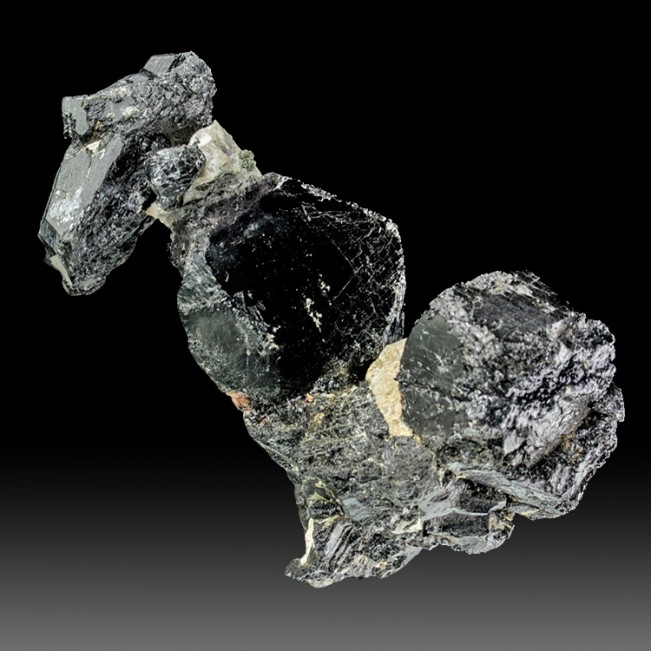 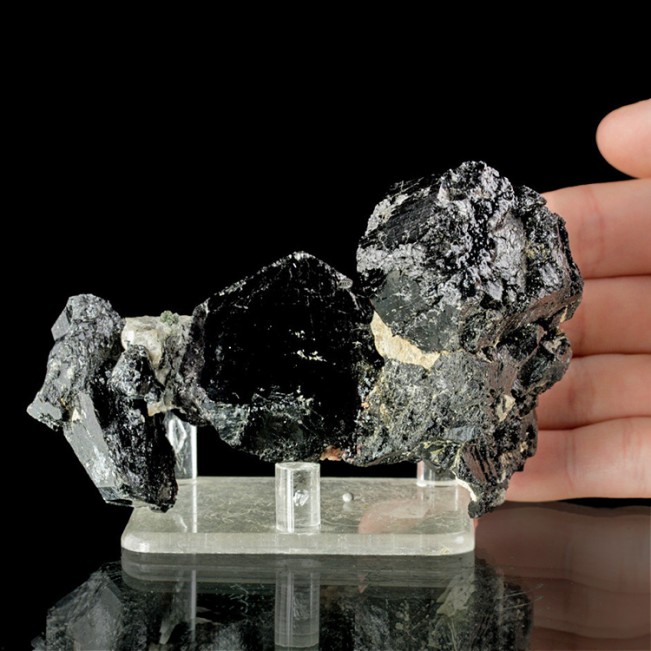 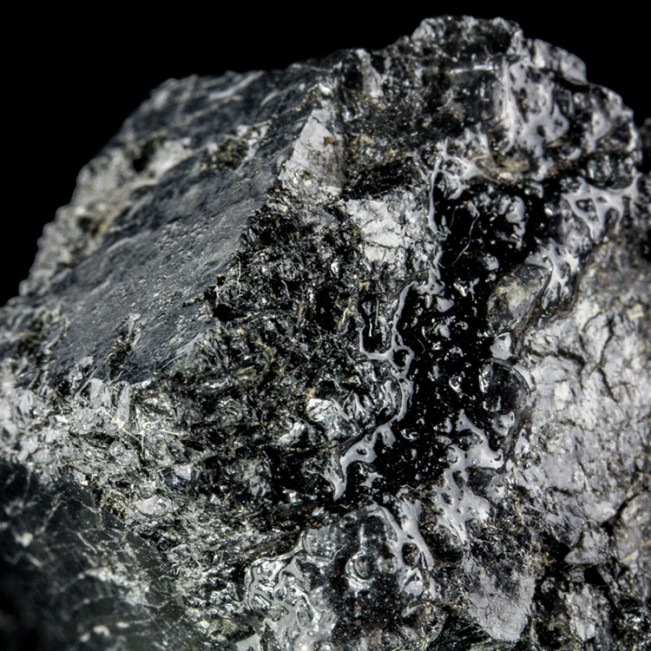 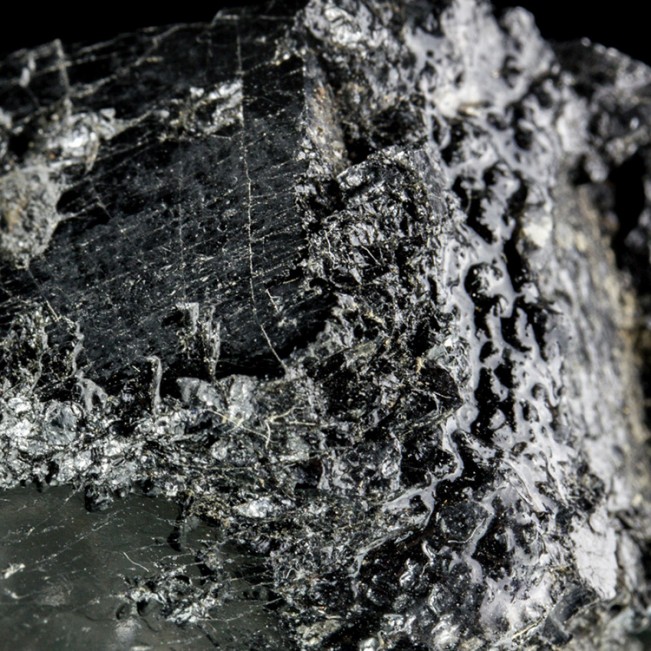 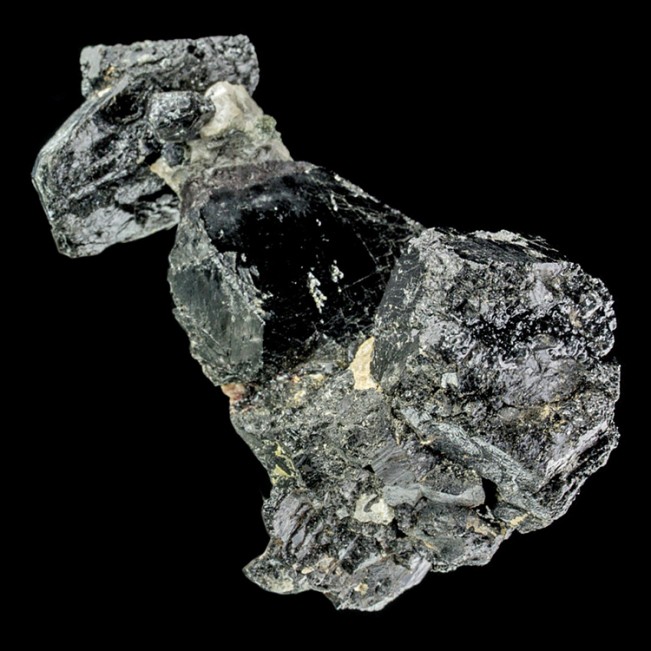 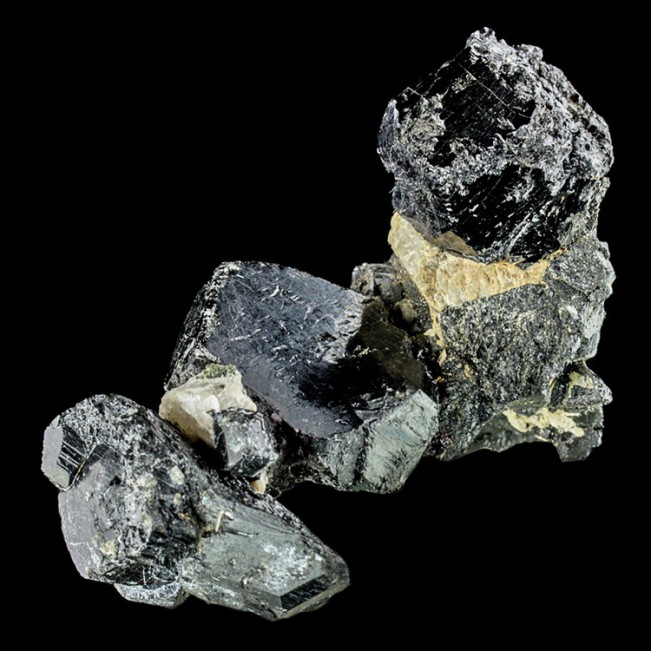 Here's a fine specimen of jet black DRAVITE (UVITE) TOURMALINE crystals. This specimen comes from the renowned Power's Farm locality in Pierrepont, St. Lawrence Co., New York. Power's Farm is an old prospect where you can still occasionally find nice, sharp, highly lustrous tourmaline crystals like this one. The tourmaline from this location is unique, and highly coveted by mineral collectors for it's exceptional beauty, high luster, and sharp crystallization. This piece comes out of the collection of Frank Murphy, a noted New Hampshire collector. He collected it himself in 2001 when he got into an area that was especially rich with sharp, well-crystallized specimens.

Note: At the 2012 Rochester Mineralogical Symposium it was announced that recent testing had identified the black tourmaline from Power's Farm in Pierrepont, NY as dravite, not uvite, as it has been referred to for over a century. I am reluctantly going along with this analysis for now, but don't cross uvite off your list quite yet. This is a large site, and it is possible that species vary depending on exactly where the material was collected. Also, some studies show zoning in crystals, which may also reveal variations in chemistry that may cause uvite to be reinstated. Finally, some scientists who have not given up on the old nomenclature are calling the uvite from Pierrepont fluor-uvite.