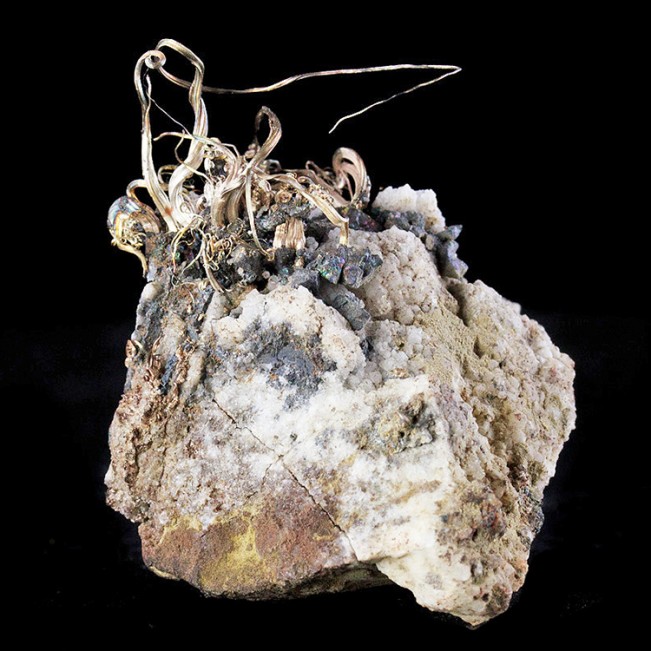 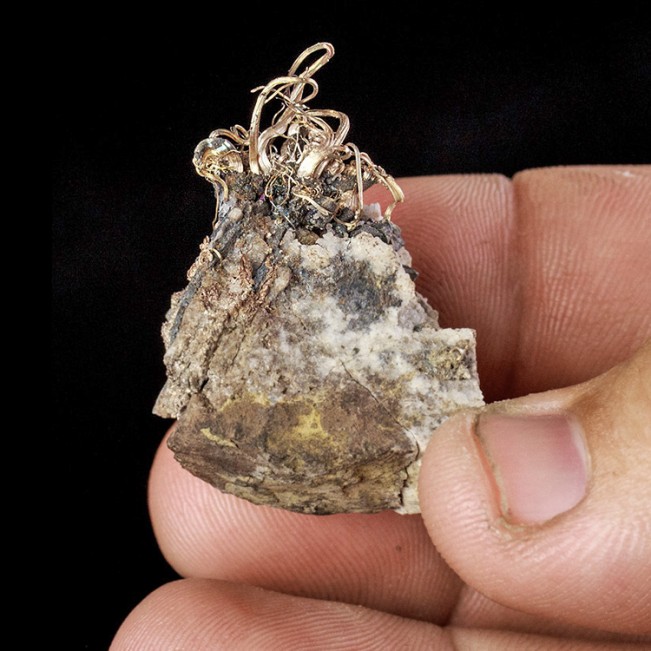 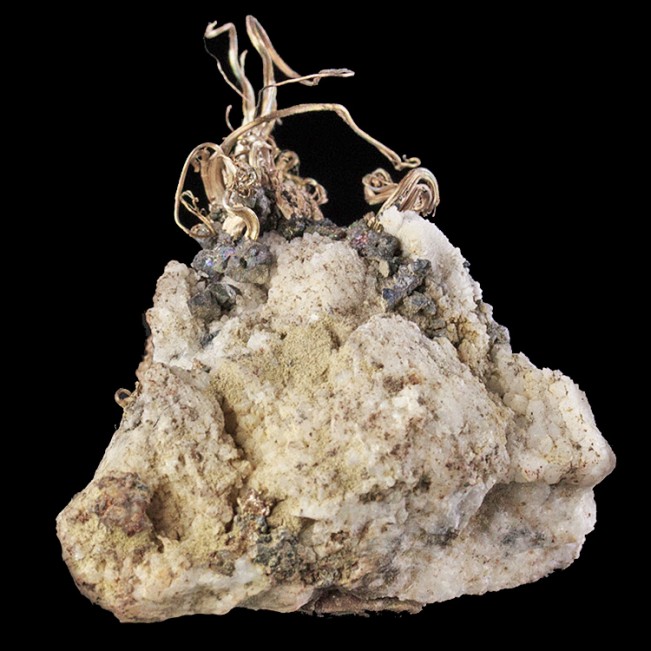 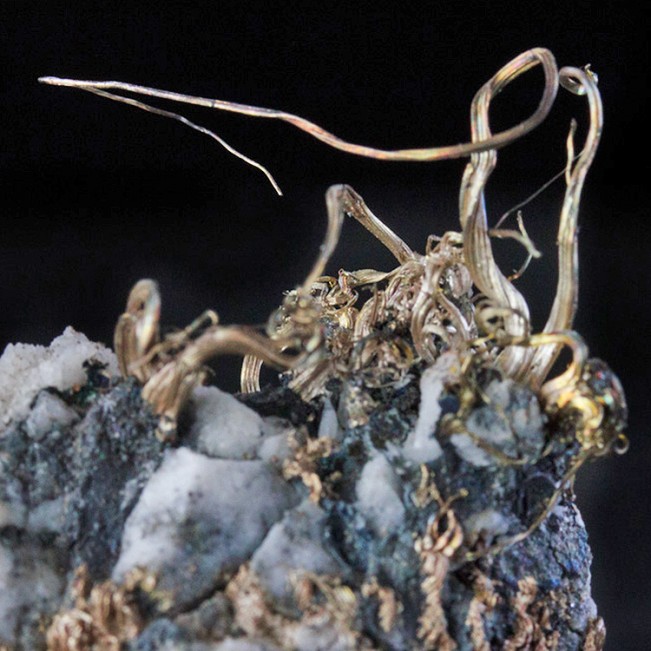 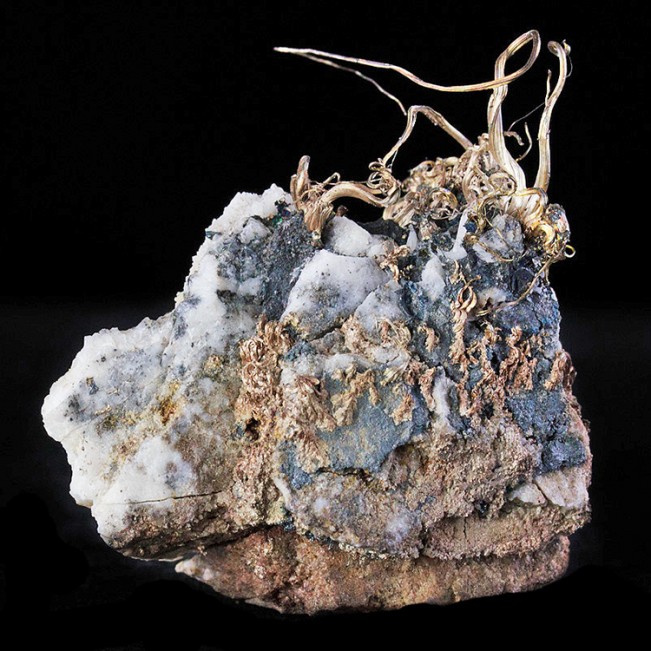 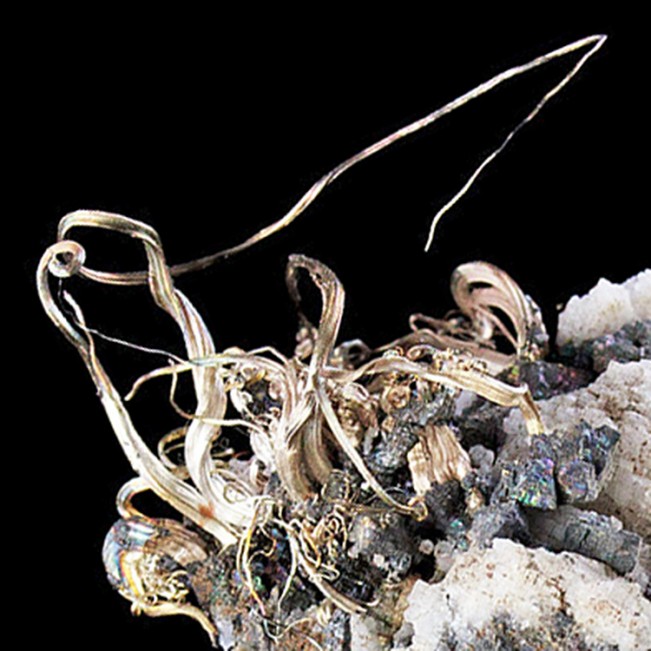 Here's a rare specimen of NATIVE WIRE SILVER on acanthite matrix that came from the Imiter Mine in Djebel Sahro, Ourzazate Province, Souss-Massa-Draa Region, Morocco. Specimens of silver wire on matrix are hard to find, and this one is particularly stunning. I picked out this fine specimen at the Tucson Gem, Rock & Mineral Show.

I purchased a box of 7 outstanding specimens of wire silver from a Moroccan dealer who was set up in a tent outside the Days Inn Show. Actually, it wasn't quite as easy as that makes it sound, because it took 4 days to do the deal. On day one I was shown the box of specimens by the vendors nephew. He gave me a very high price, and I made a very low offer and said I would come back later that day to meet the owner. The guy made a counter offer, but it was too high. I raised my offer a bit, and he refused, so I left. The next day I returned and after considerable back and forth, we finally agreed on a price. Jeanne took out our checkbook and started writing the check. He freaked out, and said the deal was cash only! We never carry cash at shows, and he would only take cash, so the deal fell through. Two days later I had a flash of inspiration, and we returned to the man's tent. This time, I brought along another Moroccan friend with whom we have done business for years, and he vouched for us. As soon as the man saw this guy, he was all smile and ready to take our check!