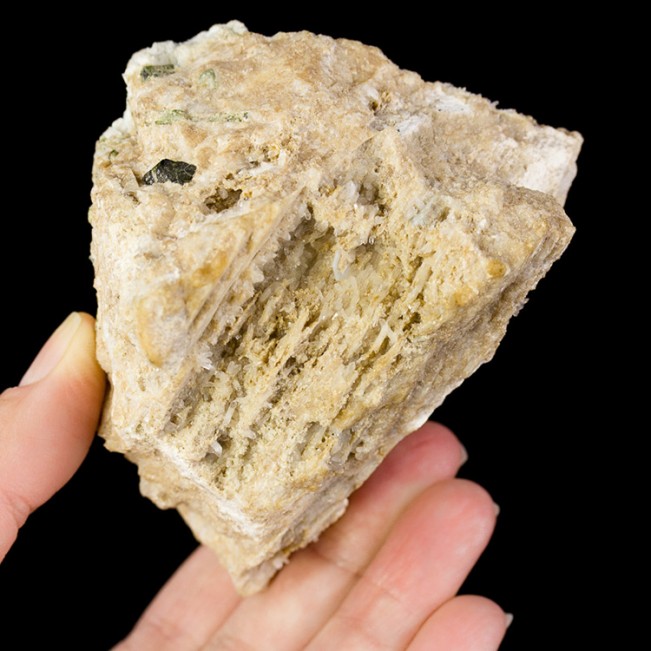 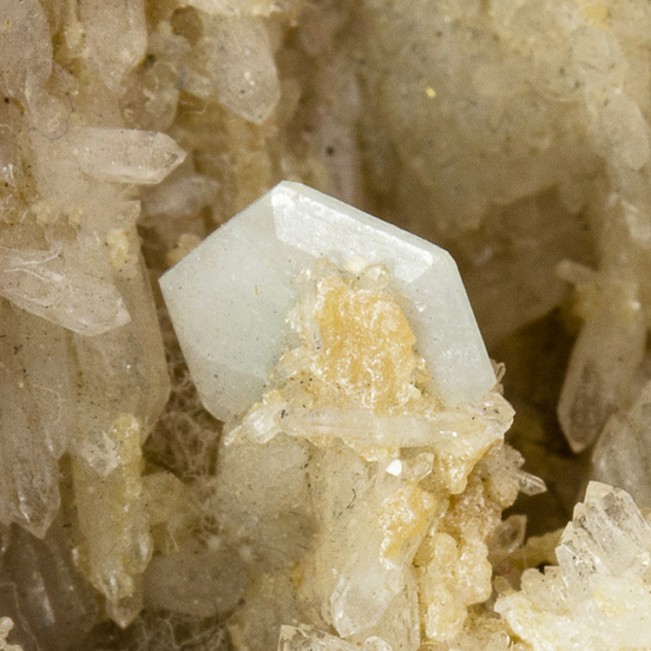 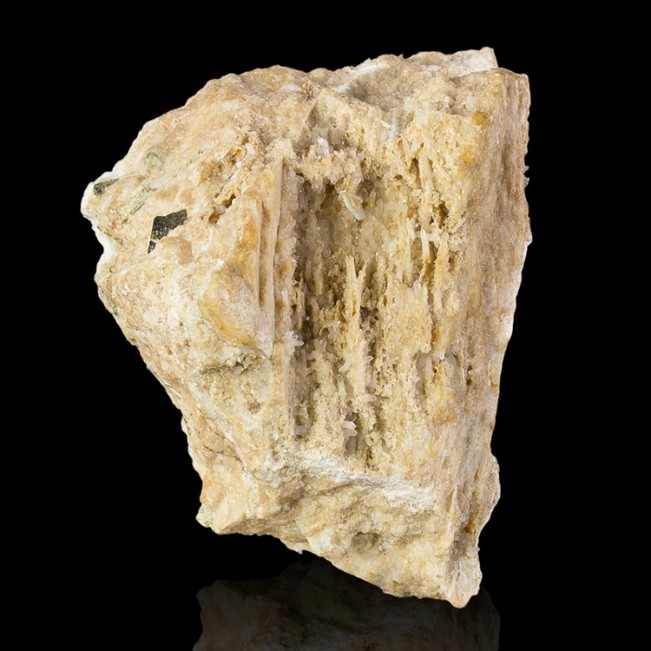 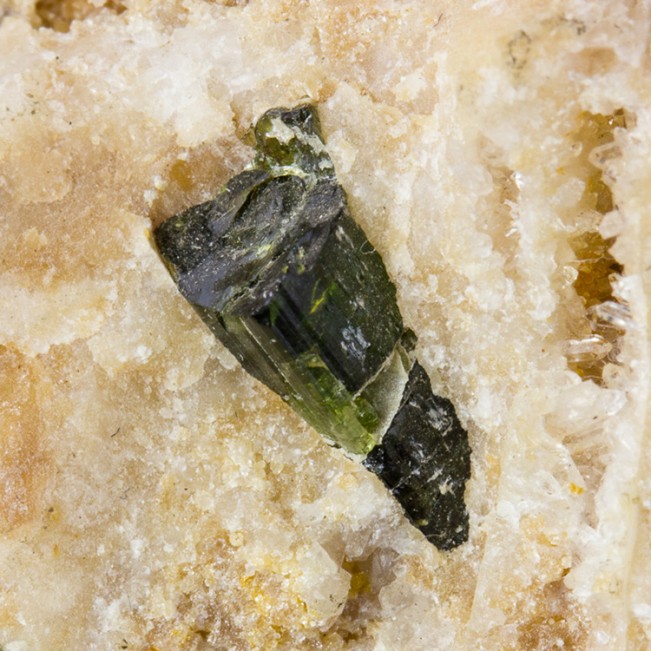 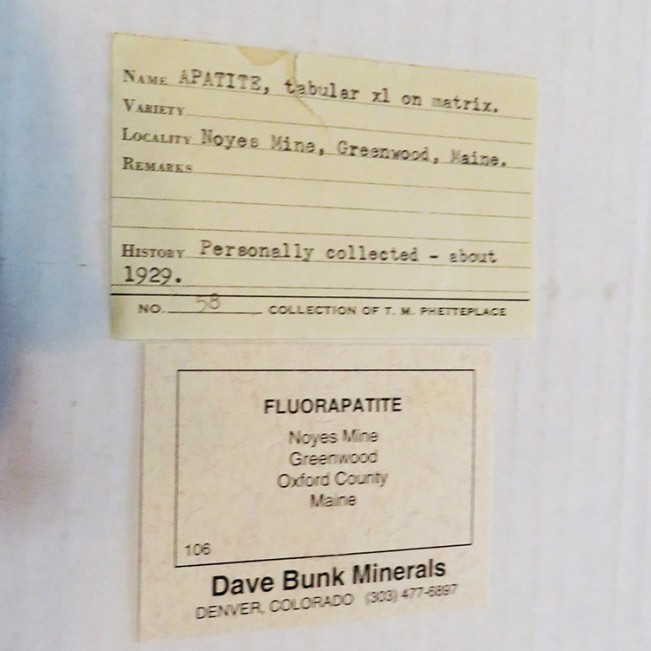 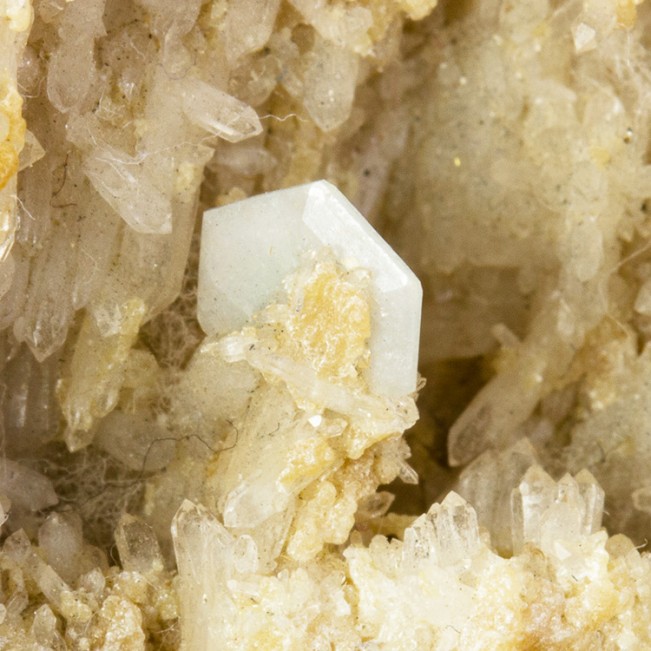 Here's a specimen of sharp, beautiful FLUORAPATITE crystals on CLEAVELANDITE matrix (a variety of albite) with COOKEITE from the Noyes Mine, Greenwood, Oxford County, Maine. Included with the specimen is an old, typewritten label, Collection of T.M. Phetteplace, No. 58, with the notation, "Personally collected - about 1929." Phettteplace was a well-known mineral dealer in the 1950's who started his business in Colorado, then split his time there and in Arizona. Judging by the very low number and the fact that it was self-collected, this must have been amongst the earliest specimens in his collection.

The Noyes Mine is a granite pegmatite in the Oxford Co. pegmatite field. It was first worked by George "Shavey" Noyes and Tim Heath in about 1894 at a locality identified by Noyes' sixth cousin, Isaac Patch Noyes. It was also worked by Loren Merrill and Arthur Valley in 1921-1922 for the benefit of Kenneth K. Landes, then a Harvard University student. Over the years, it has been a mecca for both scientists and collectors alike, and is regarded to be one of the most complexly mineralized pegmatites in Maine.