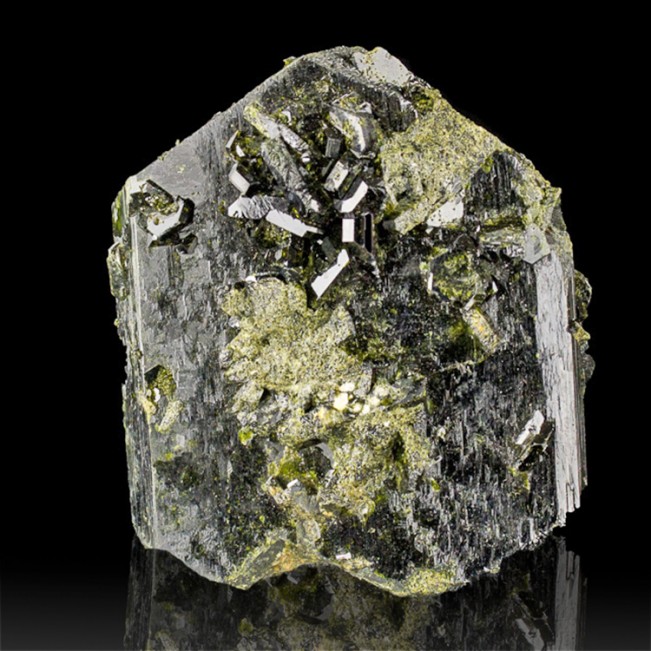 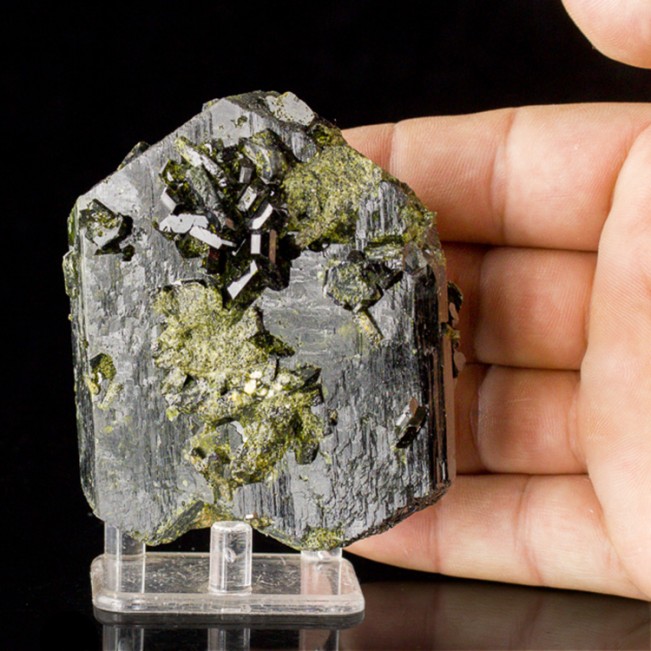 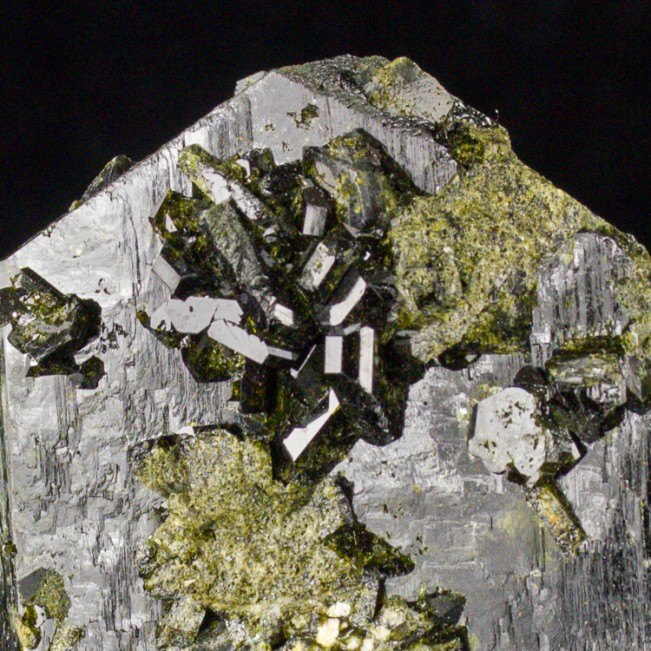 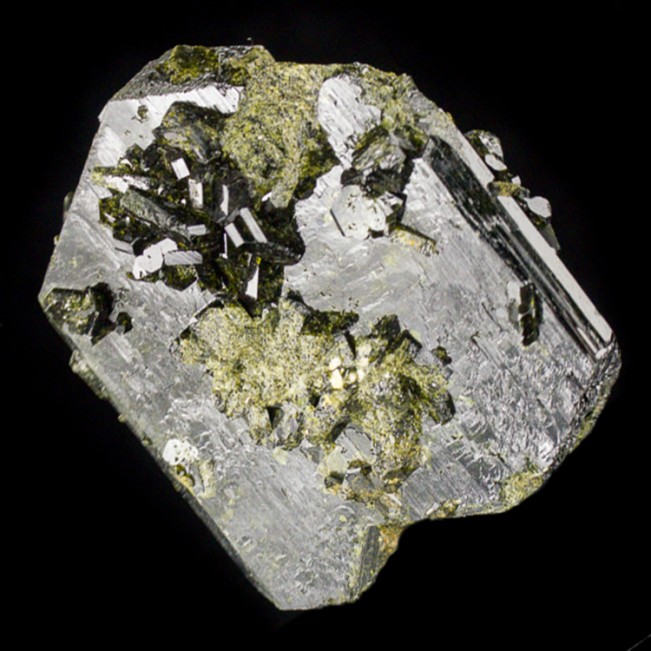 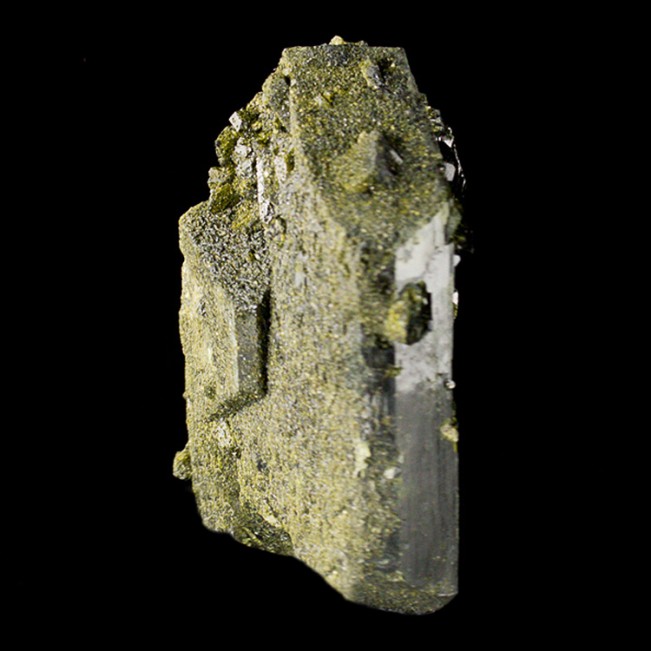 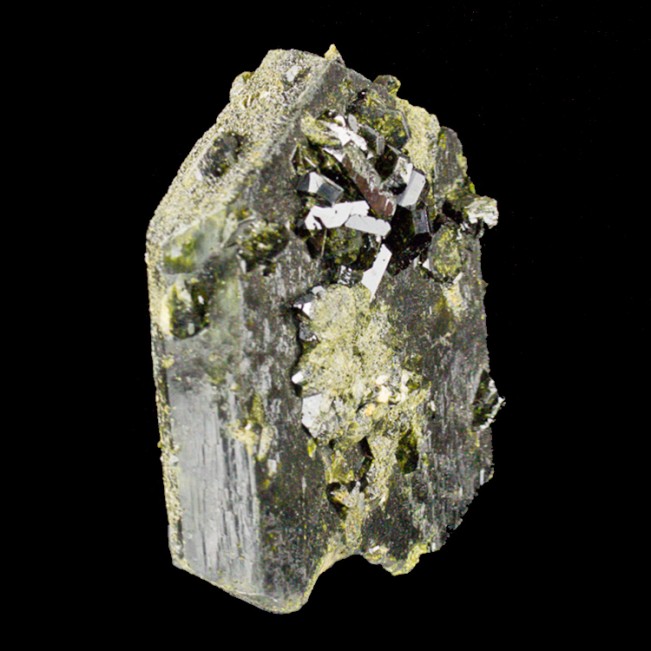 This specimen is a fine cabinet-sized pieces from the May, 2011 unearthing of tabular epidote crystals from thet new locality near Quetta, in Baluchistan, Pakistan. Most epidote crystals are prismatic, but the ones from this spot (most likely a skarn deposit) appear to be hexagonal (they aren't). The crystals are not like any I've ever seen: they look like flattened hexagonal plates, in a rich, earthy, deep, almost-black green color. Interestingly, the darkest, blackest crystals tend to be magnetic. The unusual tabular shape of the hexagonal crystals results from the very short short C-axis, giving the crystals the look of flat hexagons similar to a thin beryl crystal. Surprisingly, the large flat faces aren't terminations; they're the sides of the crystals, while the terminations, which are lying sideways and perpendicular to the C-axis, are almost unnoticable. Most of the front side of the crystal is brilliantly lustrous.