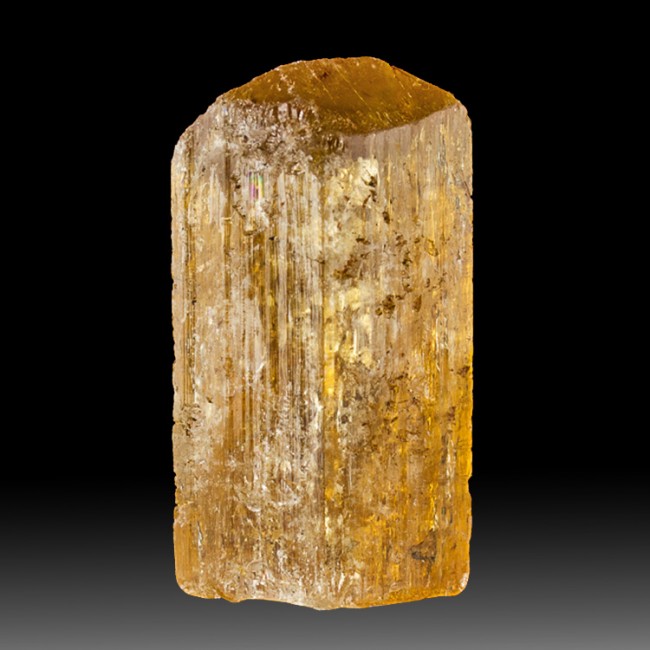 Here is a single gemmy crystal of orange imperial topaz with a steep, pyramidal termination. It is colored a rich golden orange, with the sparkling internal scintillations that are characteristic of this variety of topaz. Imperial topaz gets its name from the 19th Century Russian czars, who claimed all such material for themselves. This razor-sharp crystal is very large for the variety, measuring 1.9: and weighing over 45 grams. It has a brilliant luster, and is virtually pristine. I selected this exceptional crystal from a very large lot in the shop of a topaz dealer in Ouro Preto during my trip to Brazil in 2016.