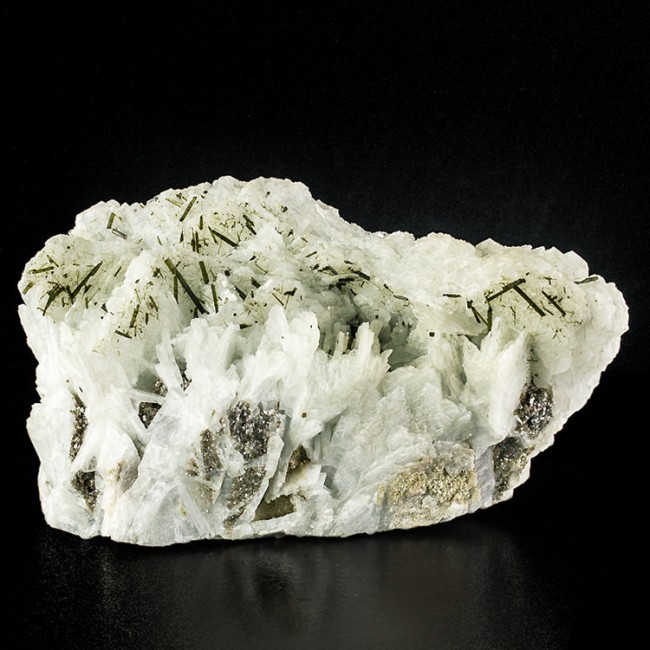 The crystals on this specimen of cleavelandite with tourmaline are really exquisite. The cleavelandite, a variety of albite, has grown as sharp rosettes made up of quite large crystals - up to about 2". The crystals feature a wide, flattened, bladed appearance and are somewhat gemmy, grading from white to almost clear. Sprinkled over the cleavelandite are a bunch of small gem crystals of gem tourmaline, which are amazingly clear when examined with a bright light. There are a few dings to some of the cleavelandite, but it is hardly noticeable amongst the extraordinarily beautiful tourmalines and undamaged cleavelandite.