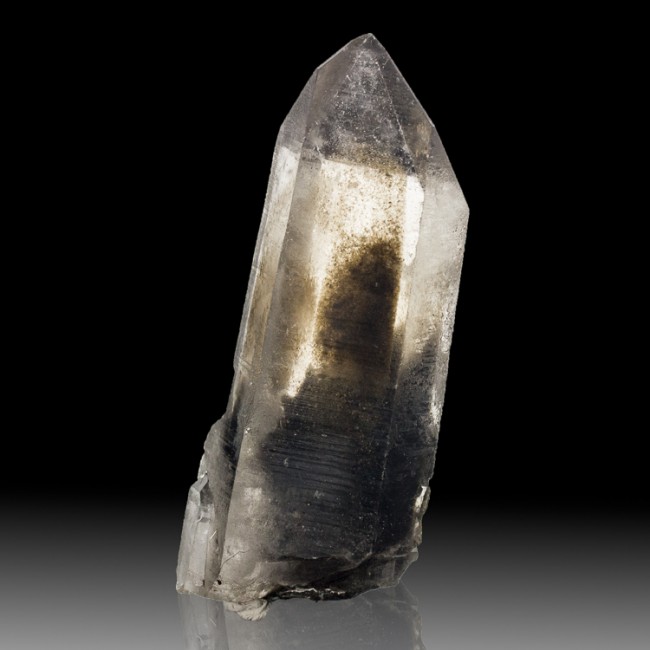 On this intriguing quartz specimen, a phantom crystal shape can be seen in the interior of a clear quartz crystals, outlining an earlier stage of the crystal's formation. This phantom is composed of smoky quartz which formed on surfaces of the quartz crystal at an earlier point in time during its growth, after which the quartz crystal resumed its crystallization enclosing the phantom crystal outline within itself. I acquired this 100% natural, terminated, gem clear crystal on my 2016 buying trip to Brazil.