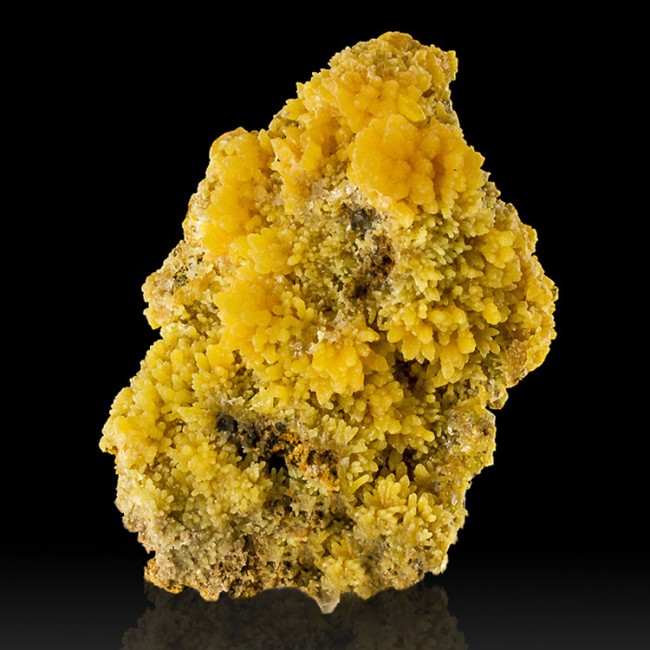 Spiky crystallized mimetite covers nearly the entire display surface of this fine matrix specimen, in a vivid shade of golden yellow.  The mimetite is formed in spiky "crystals", which are composed of micro crystals that have grown together, forming "terminations", with a surface that gives off  sparkling points of light.  The mimetite covers a gray matrix, which is almost completely covered with golden mimetite.  No distracting damage.