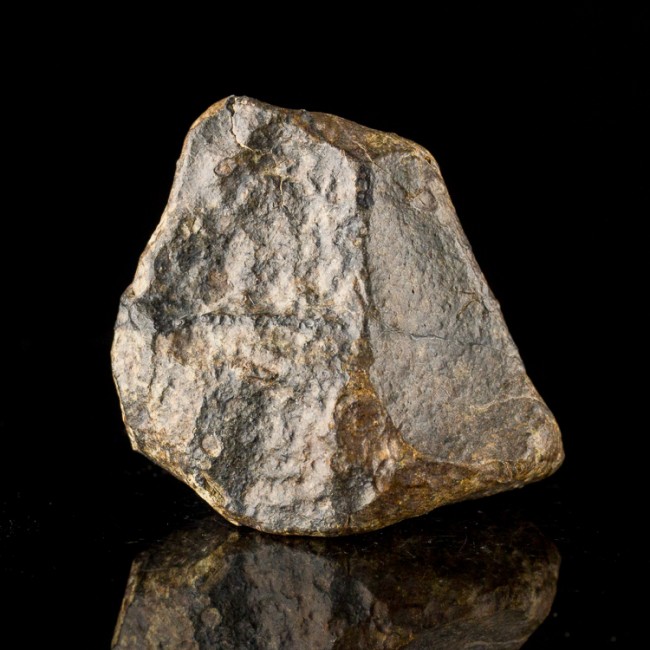 This meteorite, which is composed of stony iron, fell in Morocco's Northwestern Africa (NWA) region in the Sahara Desert. It has a good fusion crust, which formed when the meteorite passed through the earth's atmosphere, as it fell to earth. There are some good, thumbprint-like depressions (called regmaglypts) on the piece.