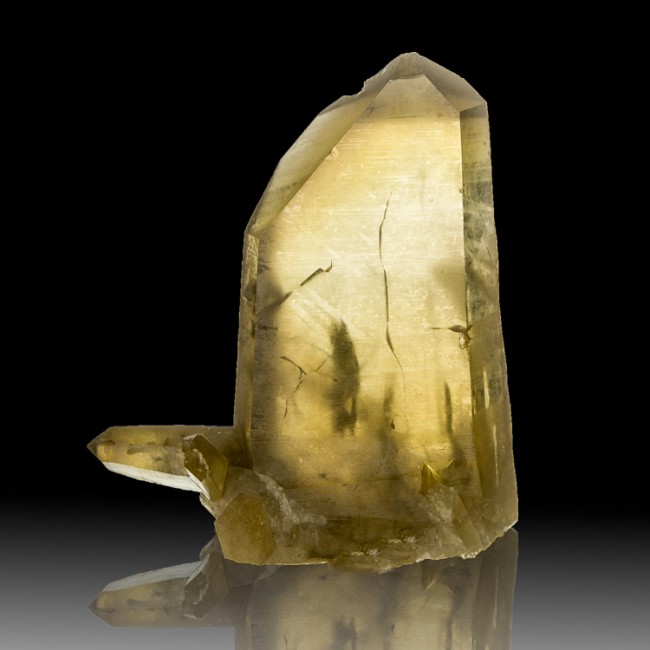 A citrine quartz Japan-law twin? Surprisingly, yes! There were almost unheard of until the recent find in Zambia. This one is an attractive Japan-law twin citrine quartz crystal featuring rabbit ear crystals joining at 89º degrees. The crystals are colored a deep, rich golden yellow, and are gemmy and nicely translucent (this is due to a light frosting on the back side of the crystals; the insides are transparent). The terminations are both in the chisel-tip style, and the specimen is remarkably damage free, save for some very small chips on one termination (they look like they are the result of pocket collapse, rather than collecting damage). This is a superb, highly aesthetic example of this rare and highly sought-after type of quartz crystal, which I acquired direct form the mine owner, Peter Beckwith.