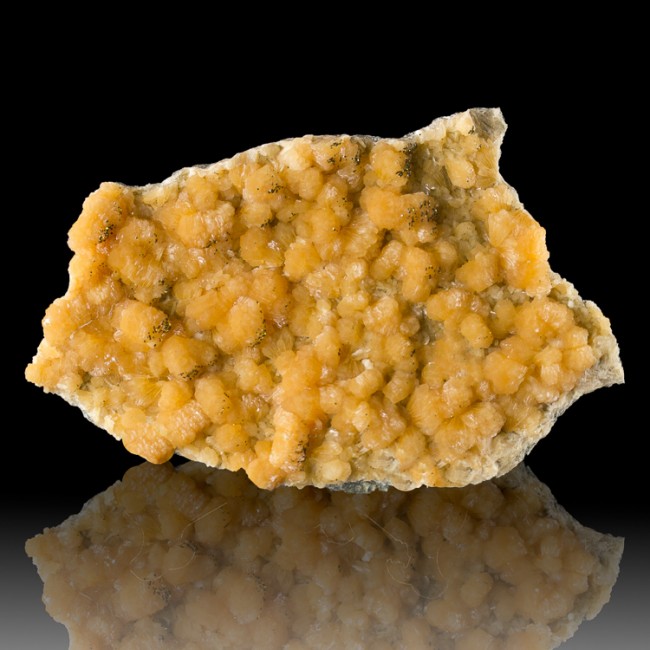 Here is a large cabinet specimen of bright red-orange stilbite.  Most stilbite is very pale orange, or lighter shades, grading to white. This orange is world class color for stilbite, with excellent color intensity.  The clusters of crystals are up to .4", and they nearly cover a flat basalt matrix plate.  The crystals are translucent, and are accented by tiny little pyrite crystals which sparkle and twinkle brightly. The locality is Moore's Station, which was a small late 19th century quarry that produced few specimens, but was re-discovered by collector Jay Baskin in 2015. No damage.