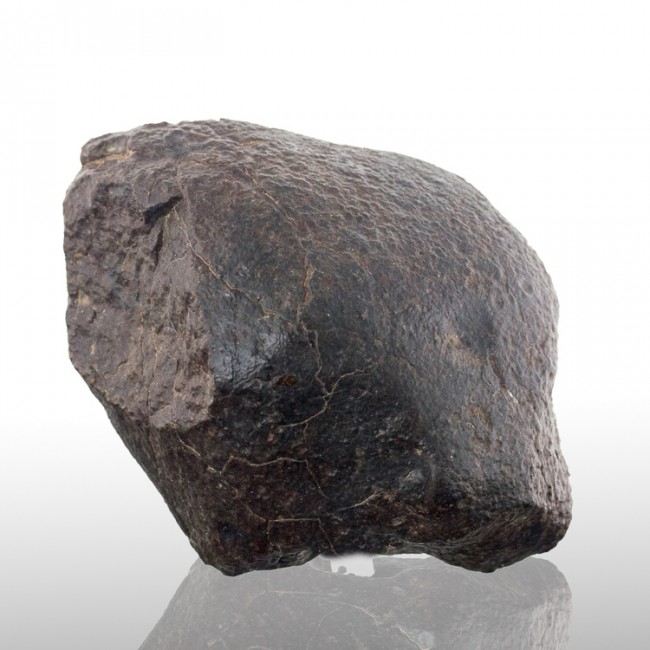 Here is a superb stony iron chondrite meteorite - the material that remains from an interstellar visitor passing through the earth's atmosphere and crashing to earth. This meteorite was found in 2003 in the Northwestern Africa Region (NWA) in the Sahara Desert. It is a complete, unbroken meteorite, with the fusion crust intact most of the way around, with good regmaglypts (thumbprint-like depressions). Fusion crust is what forms as a meteor passes through the atmosphere. It is the melted exterior of the meteorite.