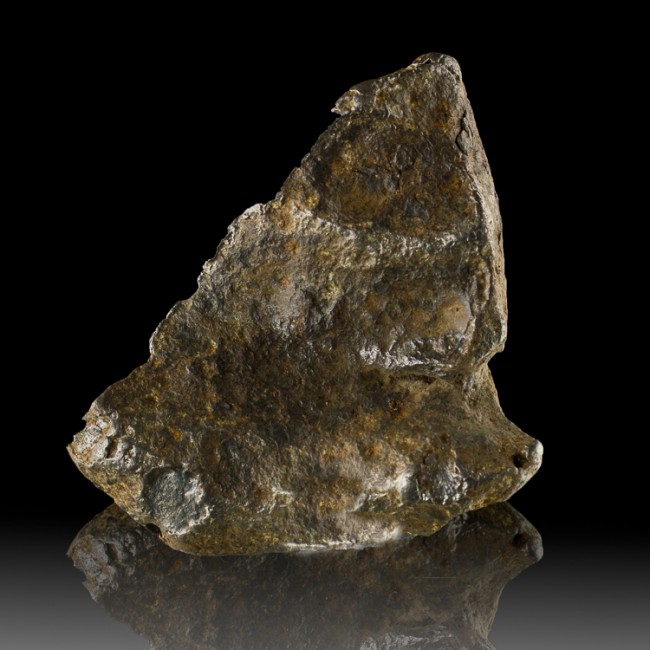 Here is a very fine nickel-iron meteorite from the famous Campo del Cielo locality in Argentina. The meteorite has been naturally sculpted by the heat of entry through the earth's atmosphere, leaving distinct thumbprint-like depressions called regmaglypts. This is a chunky, three-dimensional nickel-iron meteorite with lots of interesting surface features. The first record of the Campo del Cielo meteorites was in 1576, when the Spanish governor learned from the Native Americans of iron that had fallen from heaven.