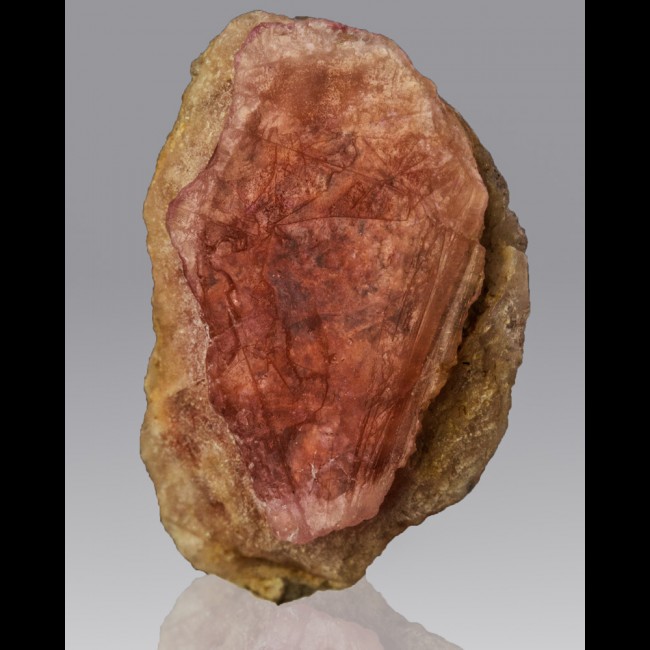 Here's a rare specimen of the newest member of the beryl family: PEZZOTTAITE. This very rare mineral was only recently discovered in late 2002, at the Sakavalana pegmatite, Ambatovia, Mandrosonoro area, Fianarantsoa Province, Madagascar. The deposit is now depleted. I found a few of these rare crystals on the table of a dealer who was set up at the Coliseum Show at the Denver Gem, Rock and Mineral Show.

The Sakavalana pegmatite is the only significant source of pezzottaite. It was first mined for tourmaline by the French in the 1940s, but pezzottaite was first found in 2002 a large, crystal-lined vug that also contained tourmaline and spodumene. It was an overnight sensation when it first appeared, and even more so when it was subsequently approved in 2003 by the IMA.